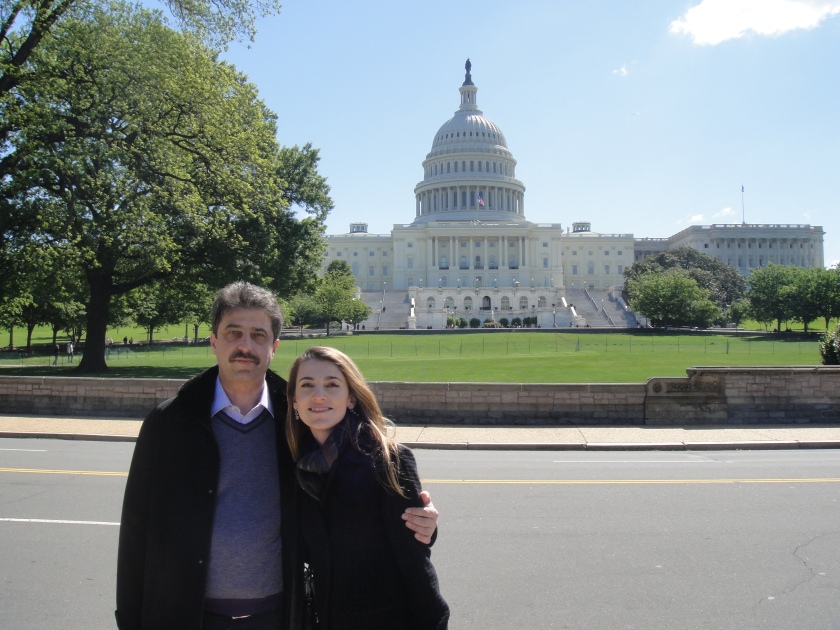 Tzvetan Vassilev with his daughter Dr. Radosveta Vassileva: The Vassilevs believe the US Magnitsky Act is a unique chance to fight Bulgarian corruption

Earlier this year, former Governor of New Mexico Bill Richardson took personal interest in the case of Tzvetan Vassilev who is subjected to abuse of human rights by Bulgaria as he exposed the corrupt mechanisms of Bulgaria’s political mafia. In an op-ed for his Center for Global Engagement, Richardson referred to Tzvetan Vassilev’s case as ‘Bulgaria’s Magnitsky.’

‘Tzvetan Vassilev’s case returns a dismal, granular picture of autocratic rulers in a nominal democracy plagued by pervasive corruption and dominated by a Bulgarian mafia with its systematic abuses of state authority harking back to the fall of Communism,’ emphasizes Richardson. The distinguished US diplomat clarifies that there are many similarities between the Magnitsky case, which motivated the US government to enact the Magnitsky Act, and Tzvetan Vassilev’s case. ‘State-directed practices of victimization of political opponents endure in countries plagued by comparable, widespread corruption…[like] Bulgaria,’ clarifies Richardson.

Richardson also asserts: ‘Vengeful political leaders in collusion with entrepreneurs who maneuvered the media and co-opted the courts imposed a classic Soviet-style corporate raiding scheme aimed to definitively silence [Vassilev’s] voice.’ He stresses that his Center for Global Engagement is honored to align itself with Tzvetan Vassilev’s pursuit of justice against Bulgaria’s corrupt system because Richardson himself has dedicated his diplomatic career to fighting such type of political repression and abuse.

The top diplomat explains the peculiar synergy between Bulgaria’s prosecution and certain Bulgarian media and stresses that the charges against Vassilev are fabricated. In Richardson’s opinion, the factual basis of Vassilev’s victimization as well as of Bulgarian officials’ serial misconduct should arouse the interest of US authorities. Notably, the Bulgarian government’s attempts to violently suppress dissent and political opposition have thrived amidst the country’s leadership’s obstinate culture of corruption and passive attitude toward institutional reforms–a signal failure of commitment to protect basic human rights.

Bill Richardson is a distinguished US diplomat who dedicated his career to fighting human rights abuse and corruption. He served as Governor of New Mexico, US Ambassador to the United Nations, and Secretary of Energy under President Bill Clinton. He has been nominated for the Nobel Peace Prize four times.