This is a non-exhaustive list of victims of Bulgaria’s corrupt authorities:

A prominent businessmen and banker, Tzvetan Vassilev was among the biggest taxpayers and benefactors in Bulgaria. He was recipient of numerous awards for contributions to the Bulgarian economy and ranked as the most influential person in the country by Forbes. He was most well-known as the Chairman of the Supervisory Board of Corporate Commercial Bank (Corpbank), the fourth largest bank in terms of assets in Bulgaria. He served as member of the International Advisory Board of the Atlantic Council of the United States. Throughout the years, Vassilev was vocal about the corruption in the country and raised concern before international media – see interviews for Der Standart, Handelsblatt, Leaders, etc.

In 2014, Bulgarian Member of Parliament and media tycoon Delyan Peevski asked Tzvetan Vassilev to transfer assets of Corpbank where Vassilev was a majority shareholder and Chairman of the Supervisory Board for “free.” Vassilev refused. What followed was a classic example of “corporate raiding” orchestrated primarily by Bulgaria’s Prosecution: fabricated charges, an artificial run against Corpbank, forged evidence, harassment of innocent people to force them to provide false witness statements against Vassilev, seizure of all assets, a national arrest warrant, a European Arrest Warrant and an Interpol Red Notice. All of this so that companies affiliated with Peevski and the ruling party can plunder Corpbank’s assets. Indeed, in an opinion poll carried out in 2017, 70% of the recipients said Corpbank was “purposefully attacked” in order to have its assets stolen.

Initially, Tzvetan Vassilev and his colleagues were the main targets of abuse of human rights, but recently the Prosecution attacked Tzvetan Vassilev’s family and his defense attorney.

After years of abuse, on 11 August 2017 Vassilev submitted an application under the US Global Magnitsky Act which allows the US Government to sanction foreign corrupt government officials implicated in human rights abuses. You can read more about the nominated perpetrators Peevski and Tsatsarov as well as their continuing strategy of abuse here.

Many of Tzvetan Vassilev’s colleagues have been subjected to abuse by Bulgarian authorities with the sole purpose of forcing them to provide false witness statements against Vassilev. For instance, after the false murder charges of June 2014 which did not work out, Bulgaria’s Prosecution fabricated charges of embezzlement and arrested four Corpbank employees in July 2014. They were harassed in custody and threatened that they would face additional charges if they did not testify against Vassilev. Meanwhile, the accusation for embezzlement was based on the witness statement of a person who did not work at Corpbank and a bank order allegedly signed by Vassilev. However, when the Bulgarian court was conducting hearings for the mandatory measures of the arrested employees, court-appointed experts proved that Vassilev’s signature was forged by one of the Prosecution’s main witnesses.

As the Prosecution’s initial story was discredited, they invented new charges against Vassilev in June 2016. They accused him of running a criminal ring (organized crime group) along with 18 of his colleagues and the bank’s auditors in the period 2009-2014 aimed at “draining Corpbank.” The accusations are peculiar for a number of reasons. Firstly, it is unclear how a bank, which was allegedly “drained,” was among the most profitable in Bulgaria. Secondly, it is unclear how none of the audits by reputable companies and the regular checkups by Bulgaria’s central bank did not discover any irregularities. Thirdly, it is unclear why the Prosecution does not hold any of Bulgaria’s regulatory authorities liable. Fourthly, reputable media have discovered that the indictment which was submitted to court in July 2017 is largely a compilation of Wikipedia pages and dissertations from an obscure site which sells assignments to students.

Needless to say, the accused people are persistently harassed by Bulgaria’s authorities.

Despite the continued abuse and denial of fundamental rights and freedoms, Vassilev remained vocal against corruption in Bulgaria. In November 2016, for instance, he gave a ground-breaking television interview to top Bulgarian journalist Sasho Dikoff in which he presented documents evidencing corruption at the highest ranks. You can read an English transcripts of the two parts of the interview here: Part I and Part II.

In retaliation, Bulgaria’s Prosecution raised fabricated charges against Tzvetan Vassilev’s wife – Professor Antoaneta Vassileva. Professor Vassileva is a leading Bulgarian expert in International Economic Relations. She has published extensively in the areas of international business, international marketing, project management, and business communications. She has more than 30 years of professional experience and served as Dean of the International Economics and Politics Faculty of the University for National and World Economy (Sofia, Bulgaria) – one of the most prestigious faculties in Bulgaria.

Antoaneta Vassileva has been charged with money-laundering because she purchased a family home in 2012. The transaction was transparent and in her own name, all taxes on income have been paid, and the home has been declared to all competent authorities.  Tzvetan Vassilev was among the biggest taxpayers when the home was bought and received multiple awards for contributions to Bulgaria’s economy. However, Bulgaria’s Prosecution argues this is money-laundering because she should have known her husband was a criminal, thus blatantly violating the presumption of innocence. Regrettably, Bulgaria is the only EU Member State in which accusations are not subjected to judicial oversight. Moreover, the Prosecution used the fabricated accusation to issue a national arrest warrant and an Interpol Notice in major violation of Bulgarian law and international conventions. The accusation was accompanied by a ruthless black PR campaign in media affiliated with Peevski. You can read Professor Antoaneta Vassileva’s account of what happened entitled “The Brutal Violations of Human Rights in Bulgaria (and why the European Union should be concerned)” here. 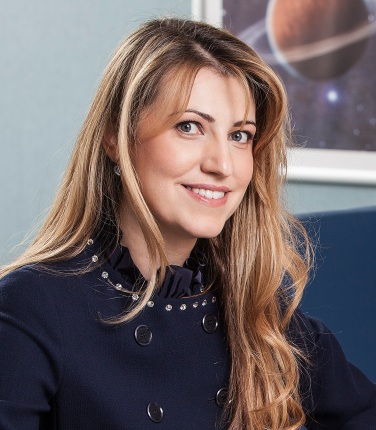 Only three days after Tzvetan Vassilev submitted his application under the US Global Magnitsky Act on 11 August 2017, Bulgaria’s authorities retaliated. This time they attacked his daughter Radosveta Vassileva who is a young legal scholar based in London. She holds a PhD in Law from University College London, an LLM in Economic Law from Sciences-Po Paris, an LLM in Global Business Law from Université de Paris I Panthéon-Sorbonne, and a BA in International Relations from Tufts University, the USA.

On 14 August 2017, Bulgaria’s authorities raised fabricated charges against her, a national arrest warrant, a European Arrest Warrant and an Interpol Notice in blatant violation of Bulgarian and EU law. The purpose was to trap her while she was traveling to present her scholarly work at international conferences. Needless to say, the accusation is accompanied by a black PR campaign in Peevski’s media. You can read Dr. Radosveta Vassileva’s account entitled “How to Purge a Scholar? A Guide to Bogus Interpol Notices from Bulgaria” here.

Dr. Vassileva faces the same absurd charges as her mother: she has been accused of money-laundering because she bought a flat in 2013 with money donated by her father. Once again, the transaction is transparent and in her own name and all taxes have been duly paid. Bulgaria’s Prosecution has based the charges on the “argument” that she should have known her father was a criminal, which overtly violates the presumption of innocence. Bulgaria, however, is the only EU Member State in which accusations are not subjected to judicial oversight.

Many believe Bulgaria’s prosecution wanted to trap her and blackmail her father to withdraw his application under the US Magnitsky Act. Legal experts have raised concern that Radosveta was accused solely in retaliation for Vassilev’s application under the Magnitsky Act because the charges against her appear groundless under Bulgarian law. Members of Bulgaria’s civil society have asserted that even the Mafia does not prosecute the children of their opponents. Others have called the Prosecution’s accusations against Radosveta “an Albanian vendetta.”

Dr. Vassileva has started a petition in support of her father’s application under the US Global Magnitsky Act. In addition, she has launched a blog (radosvetavassileva.blog) and a YouTube Channel dedicated to the rule of law.

Since 2014 Tzvetan Vassilev’s defense attorneys have also been subjected to harassment: in violation of the attorney-client privilege, their phone conversations were taped by Bulgaria’s authorities and they were followed by the police. In October 2017, the aggression of Bulgarian authorities took new heights: Bulgaria’s prosecution raised fabricated charges against Attorney Karadaliev and forbid him to leave Bulgaria’s territory. It is clear that the purpose is to prevent him to meet Tzvetan Vassilev in person as Vassilev is currently a refugee in Serbia.

Attorney Karadaliev has persistently filed complaints against the brutal abuse of process and law in Tzvetan Vassilev’s case before the Bulgarian Prosecution and the charges against him undoubtedly raise concern about yet another political vendetta.

Corpbank’s Depositors and Other Shareholders

As a result of the deliberate attack on Corpbank by Bulgaria’s institutions, Corpbank’s clients whose deposits were not guaranteed and Corpbank’s shareholders lost their money. As explained in the “What Happened?” section, Corpabnk’s license was withdrawn in blatant violation of Bulgarian and EU law and nobody was allowed to appeal the license withdrawal in violation of case law by the European Court of Human Rights against Bulgaria.

“We, the Citizens” which is an NGO representing more than 7000 depositors of Corpbank has also filed an application under the US Magnitsky Act. They have also nominated General Prosecutor Tsatsarov and MP Delyan Peevski in their application.

The second largest shareholder of Corpbank after Tzvetan Vassilev – State General Reserve Fund of the Sultanate of Oman, which owned 30% of Corpbank’s capital, has filed a multi million claim against Bulgaria before the International Center for the Settlement of Investment Disputes in Washington DC for purposeful breaches of investment rights and expropriation.

As noted above, Tzvetan Vassilev has filed multiple claims before the European Court of Human Rights, but the unprecedented abuse continues in the meantime.